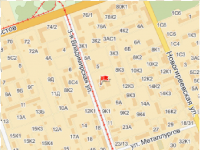 There were a lot of wars between different civilizations and countries. Before the murder weapons in the war there were stones, bows and arrows, swords and knives, later it became of rifles, pistols, bombs. Now information became the murder weapon and journalists became the soldiers. In the 21st Centure using of dirk or machine gun is meaningless, because information war is easier and more effective way to occupy some territory and manipulate the public’s opinion.

Information war is also called «Psychological war». This term has a few meanings but we will use this term in the meaning of «War, which affects civilian population by spreading of false or distorted information». This information is propagated of agents of foreign intelligence services. Igor Panarin, Russian political scientist, says that the term «Information war» was firstly appeared in China in 1985 year. Then it was spread in America in 1992 year and appeared in Russia in 1995 year.

«Germ» of information war we can name the fact that in 7-4 Century BC somebody promulgated between ancient Greeks meaning that other cultures is barbarians. As a result of that there was definite mood of soldiers during the Greco-Persian Wars. —

Also among the ancient Romans it was widely believed that only roman’s life has value. And outcome was special cruelty of soldiers in course of the War against Hannibal.

Information war consists of certain stages and is engaged by special secret services. -The most significant part of this operation nowadays belongs to the role of Mass Media. Mass Media is the best, quickest and trustworthy way to create definite needed public opinion, social consciousness and mind-makers solutions. Creation of a certain image in the eyes of the society depends on the ways how the events can be covered on the radio, newspaper, TV and Internet.

Many scientists consider that obvious sample of information war took place during the Crimean War, when after the Battle of Sinop, the English newspapers published that Russian soldiers shot in wounded Turks, swimming in the sea.

Euronews TV channel in the 14th of August 2008 transmitted the episode with view of destroyed Tskhinvali after the bombing of the Georgian aviation. But in the caption of this video was reported that it was a city of Gori, which supposedly destroyed after Russian bombing. —

There are the bright examples of information war, when Media misinforms the public and thus creates a certain image of Russia especially today.

One of the latest examples of such information war is Ukrainian Maidan. Ukrainian nationalists promoted the civilian population for several years to hatred to Russia. Ukrainian history textbook by Hrushevskij which is used at schools teaches that Ukraine was always a separate country and Russians occupied their territories and made it as a part of the USSR, which is not true.

In the situation of information wars every journalist faces a lot of difficulties during his work, as the journalist has to protect the interests of his based on true facts. In my opinion, Wikileaks, Julian Assange created in 2006 — an attempt to solve this problem. Only official documents can be published in the site, no misrepresentation, no subjective information and no attribution. In fact, the site doesn’t work on any country and works on the idea of Assange on humanity.

In this way, each journalist must understand all -responsibilities of his or her -work to a certain country and displays the information in a beneficial light for this country . Otherwise, he would be accused of treason. This factor is honorable, and therefore, it have right to be. But conscious disinformation spreading in a country with the aim of weakening it — it is going to war, and on the shoulders of a journalist there are lifes of millions of people, which can collapse because of his fault. Today journalist should be incorruptible, patriotic and have moral values because the fate of a whole nation depends on his doings.